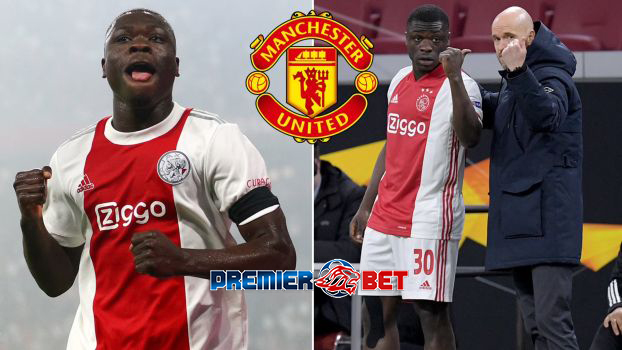 Ajax attacker Brian Brobbey has revealed that Erik ten Hag told him that he wanted to sign him for Manchester United this summer.
The 20-year-old has jumped between Ajax and RB Leipzig for the past couple of years after initially joining the German side on a free transfer in 2021.

Brobbey could only contribute three assists in 14 appearances for Die Roten Bullen during his first half-season, though, and he was loaned back to Ajax six months later.

Brobbey’s reunion with Ten Hag saw him rediscover his goalscoring form with seven goals in 11 Eredivisie matches and he returned to Amsterdam permanently for a £14.7m fee.

With Man United previously facing uncertainty over the futures of Anthony Martial and Cristiano Ronaldo, Ten Hag was tipped to bring Brobbey to the Theatre of Dreams.

Meanwhile, Martinez initially struggled to settle into life in the Premier League, but the Argentina international has since impressed alongside Raphael Varane in the backline.

Man United saw the transfer window close without having brought a new recognised striker to the club, and Marcus Rashford has been occupying the number nine role so far during Martial’s injury layoff.

Ronaldo failed in his bid to force an exit to a Champions League club, and the 37-year-old has been largely restricted to appearances from the bench in the Premier League so far this term.

Ronaldo will be hoping to return to the starting lineup when Man United kick off their Europa League campaign against Real Sociedad in Group E.